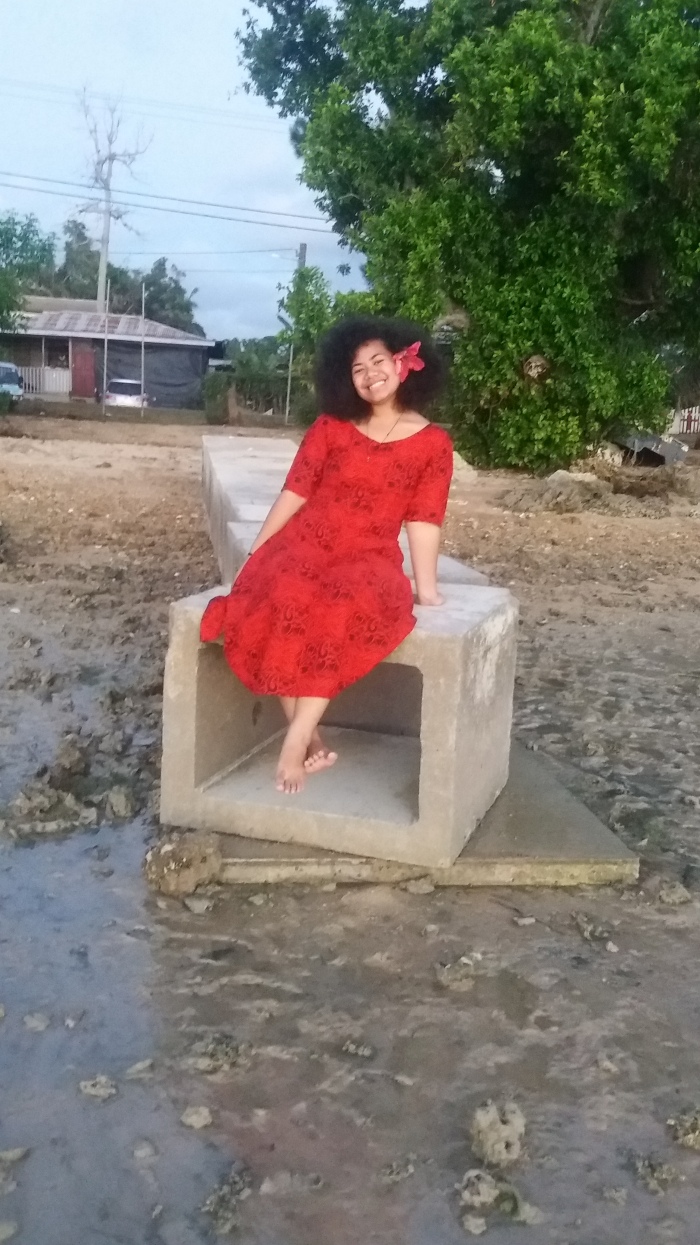 My mother and I were going for a drive and I told her about the possibility of working for MORDI as a value-chain officer. She asked me the normal questions parents would ask their children about a job opportunity; what MORDI is about and the kind of work they do. Excitedly, I told her about rural development and achieving self-reliance in the outer islands’ communities and other rural areas and occasionally referring to videos I watched about MORDI’s work and their achievements. She was excited at first. It was until I dove into the agricultural part that I started to see the doubt. I explained that a major component of the second phase of MORDI’s work is agriculture. I told her at one point that if I get to work with MORDI, there is a possibility that I might be working in the outer islands. She said, “Then that job is a man’s job”. Perhaps she already pictured me in a plantation somewhere and being young and a woman in that situation, she naturally answered with motherly instincts. My response to my mother’s comment was “who says?” and to this she was silent. The conversation for the rest of the drive was about my grandmother’s renovations.

My personal experience narrated above was to highlight the subtlety of gender inequality which is the subject of this piece. From observation, I see many of us highlight the obvious acts of gender inequality. For example, in the Pacific political arena, there is the obvious underrepresentation of women in parliament or in sports with the recent restriction put on women playing rugby. It is this kind of gender inequality we try to officially address through actions such as the women’s parliament and building awareness. However, gender inequality exists in more subtle forms and may be disguised which is why we sometimes fail to recognize and address it. These exists in our personal lives through our everyday conversations, the way we joke around with friends and family, our church gatherings and so forth. What my mother said to me that night was heartbreaking but it was also opened solidified my belief that these everyday conversation, comments and social beliefs should not be tolerated. It is motivating me to challenge the norm. It is daring me to (attempt to) attain, even to a small degree, total gender equality by disrupting these sorts of subtle inequality. I believe that to attain total gender equality, we need to address the subtle forms as much as the more obvious forms of gender inequality.

Gender equality to me means that all female and male should experience the same opportunities, access the same resources and enjoy the same activities with equal level of ease emotionally, socially, economically, politically, and in every other aspect of life. So, if in any aspects either one of the genders are in any way restricted to even a small degree above the other then it is in that situation where gender inequality exists. Small degrees are what I think would qualify for subtle forms of gender inequality. For instance, I know you would agree with me that in church gatherings, men and women are separated. There is a whole isle of pews just for men and another just for women. However, if they are seated in the same isle, women are always seated closer to the front and men closer to the back. Because this has been institutionalized and we have grown up seeing this as kids we accept that this is normal. Some would say that it is for the sake of order, formality and respect. However, I believe that if we change this, if we challenge to disrupt this norm, we can still maintain order and formality with mixed seat arrangements. Another example is the way we joke around and the phrases we use in our personal lives and our everyday work. What my mother said to me is one example. She limited me emotionally, making me think that a plantation in the islands was no place for a woman. If I want to enjoy a day of hard labor in a plantation in the islands as much as any man, then I should not have to be emotionally restricted to believe that. Another example is taken again from my personal life. When we go to the plantation and my brother starts slacking, my father says “Ke hange ha fu’u ta’ahine”. Even when I am joking around with my siblings, any one of us would say “stop being such a girl” when one of us is painful or is crying after we play a game. It can be expressed the other way around as well. My sister would lift something really heavy and my parents would sometimes say “Sio atu, hange ha fu’u siana”. From these examples, women are associated with pain and slacking off in hard labor and men are associated with strength. I believe that these subtle forms of gender inequality should not be tolerated if we wish to attain full gender equality. They would remain invisible if we do not choose to be and remain open minded about them. These are the ones that I believe are being neglected and should be addressed if we as a nation wish to attain the fifth Sustainable Development Goal of Gender Equality.

In our country’s efforts to attain Gender Equality, we have achieved much but not enough to mark a significant change of negative attitude towards gender equality. Most of our government and social efforts have been concentrated on addressing more obvious forms of gender inequality. However, if it were up to me, I would factor in these subtle acts of inequality if the country wanted to achieve total gender equality. I know for a fact that my family and I are not the only ones who experience these demonstrations of gender inequality. There are other families who experience the same thing. Our schools and social institutions experience them too but it is a shame that not many realize or recognize them because they are part of our lives, they have become routine, and they have become social norms. Our challenge now is how we can disrupt the norm to reduce if not eliminate these subtle forms of inequality. I believe that to disrupt already strongly established norms across different social institution such as the family, the church and schools, would cost a lot and will not be efficient or effective. However, the most cost-effective chance we have at changing the norm is to concentrate on the norms that will shape the future, the norms that our children and future generation will grow up in. Older people in society have their minds set on certain beliefs about gender equality and it would be hard to change their perspectives. Targeting youths and younger children would be much easier as they are more open-minded and easier to change their perspectives and beliefs when nurtured and educated the right way. Through education policies that concentrate on nurturing the way children think and the attitudes they display will build a society that views men and women as equal no matter what opportunities they are presented with or the activities they enjoy. For example, the kindergarten books my niece receives has girls playing skip-rope and boys playing rugby. These images solidify the belief that rough games are for boys and not girls and less dangerous games are for girls. They also would make children believe that only boys can handle dangerous situations while girls should be comfortable in the safe zone. I think if the curriculum were to be changed to show images of both playing each and not limiting the games each one plays, it will nurture the way children think and act. Also, through sports policies that will open sports opportunities for girls and boys to play sports that are not normally meant for them (according to society). For example, every Saturday at the ‘Atele grounds, there are tournaments for young boys aged 14 and under. I do not see why young girls should not be celebrated the same way for the same sport or for young boys who enjoy netball which is presumably a girls sport. My point is, through these policies targeted at young children and youth, and it is not just through education and sports policies but policies across different institutions, we as a community can be in a way steered towards changing the perspective of the future generation and in turn, they will grow, from the bottom up, a society that accepts men and women as equals.

Gender equality in Tonga can be achieved and will be achieved if we remain open-minded about the subtle aspects of the subject and if we are willing to address the problem as a whole. It may seem naïve to think this way but I believe that one has to believe in a certain level of idealism to have a vision but remain a realist to achieve a mission.

THE VOICE OF TONGA’S YOUTH

LE’O IS A SAFE PLATFORM FOR EXPRESSION AND DIALOGUE ON MATTERS THAT MOST CONCERN OUR YOUTH TODAY. WE ARE HAPPY TO SHARE WITH YOU PIECES CONSTRUCTED AND SUBMITTED TO US BY OUR YOUTH REGARDING THE ISSUES THEY FEEL ARE IMPORTANT AND ARE MOST PASSIONATE ABOUT.

One thought on “The Subtlety of Gender Inequality by Mele Fonua”